It may not be a lot of money, but it’s a very big deal. And it’s earmarked for Newtown, a unique Sarasota community where folks have always known how to make a little bit go a long way.

Just as intense pressure over time can create diamonds out of coal, the brutal and self-sabotaging practices of chronic racial segregation — compounded by the blithe indifference of snowbirds and retirees flocking here from elsewhere — isolated and forged a close-knit Black community in Sarasota that is distinguished by its authenticity and a vibrant sense of its own past.

This month the U.S. National Park Service has singled out the Newtown Conservation Historic District as one of 18 recipients in its Underrepresented Community Grant Program, which “focuses on documenting the homes, lives, landscapes, and experiences of underrepresented peoples who played a significant role in national history.”

The $50,000 — one of only five grants that large in this year’s program — will pay about a third of the costs involved in qualifying Newtown for the National Register of Historic Places, which in turn would unlock the door to larger grants for preserving some of Newtown’s 500 structures that bear witness to its legacy — as a century-old home for Floridians who felt unwelcome and unappreciated elsewhere.

Especially at this present moment, when new generations of Americans are coming of age less burdened by the self-exonerating narratives that have long impeded progress for our Black citizens, honest reevaluations of our nation’s past are being allowed to resonate. Because of the singular combination of forces that created Newtown — not simply as a Black section of the city but as a coherent and largely self-determining community — it can be restored and interpreted as a living testimony to hard truths that we forget at our peril.

Years of neglect brought hardship and trouble to Newtown. But, left to their own devices, its residents rose up to foster pride and joy in their own community. Central to this solidarity were Newtown’s dozens of churches, many of which still stand.

“The church offered a place of refuge and peace,” Oldham told the Herald-Tribune in 2018. “It was also a meeting place to develop a plan to deal with hatred head-on.”

This redemptive and courageous aspect of a shameful past is instructive for us all, and well worth preserving. Sarasota is fortunate to have this diamond in our midst, and this federal recognition of Newtown’s distinctive character could enable us to reframe that past more authentically for future generations of Florida tourists. 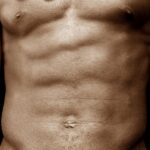 Oldham and Williams: Newtown needs an arts center and museum 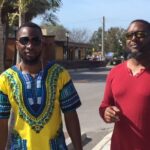 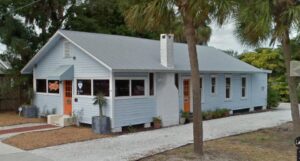 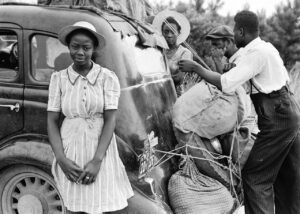 GUEST EDITORIAL: The history of Black America by James Stewart 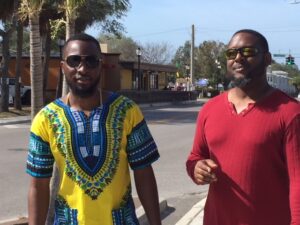