SARASOTA – The baseball legend lives on here, even though Buck O’Neil has been dead for over a decade.

Folks around here will be reminded of that this weekend, as the Sarasota neighborhood where he grew up will carry his image in an exhibition on loan from the Negro League Baseball Museum in Kansas City.

The exhibit will honor the late O’Neil, who grew up in Sarasota before becoming a standout player and manager in the Negro Leagues and, late in his life, a beloved baseball icon.

The inaugural exhibition of the Sarasota African American Cultural Coalition is in partnership with the City of Sarasota, the Baltimore Orioles, Newtown Alive and the Community Foundation of Sarasota County.

More:Buck O’Neil’s legacy: Baseball and beyond

With the exception of Sundays, the exhibit can be viewed daily from 10 a.m.-5 p.m. until March 20. 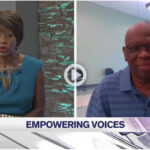