The Newtown Historic Conservation District is among 18 projects nationwide—the only one in Florida—to be awarded an Underrepresented Community Grant from the National Park Service.

The $50,000 grant will give the city of Sarasota “all the tools in our toolbox” to put together the nomination to have the Newtown Historic Conservation District placed on the National Register of Historic Places, says city planner and historic preservation expert Dr. Clifford Smith.

“This is huge,” says Smith. “Being on the National Register means more grant opportunities for historic preservation. And it means it will allow more flexibility under the Florida Building Code; you’d be exempt from elevating [a structure] under the FEMA 50-percent rule, for example.”

Including the city of Sarasota, eight states, six Native American tribes, two local governments, the District of Columbia and the Federated States of Micronesia were the recipients of a total of $750,000 in Underrepresented Community grants from the National Park Service. This will help them focus on “documenting the homes, lives, landscapes, and experiences of underrepresented peoples who played a significant role in national history,” according to a NPS release.

Smith says more than 500 Newtown buildings, most of them “a really amazing collection of historic single-family residences,” fall within the Newtown Historic Conservation District. “It will be one of the largest national historic districts out there.” 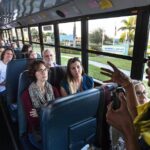 Pride of place in Newtown 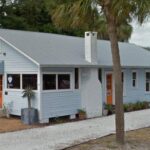